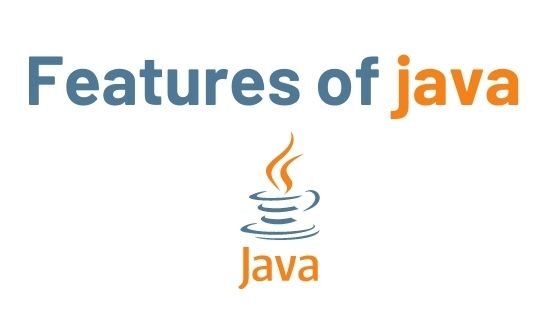 The primary goal of Java programming language development was to make it portable, simple, and secure. Apart from that, there are a number of excellent features that contribute to the language’s popularity.

Why is Java so popular?

Because of its excellent features, Java has become a popular and useful programming language. These features play an important role in contributing to the popularity of this language. Java BuzzWords are a set of Java features.

Java is simple and clear because it has a very clean and easy-to-understand coding style. It reduces complexity by avoiding the following complex and difficult features found in other languages such as C and C++. Java has an Automatic Garbage Collection, there is no need to remove unreferenced objects.

Java is platform-independent in comparison to other languages such as C, C++, and others, which are compiled into platform-specific machines, whereas Java is a write-once, run-anywhere language. The hardware or software environment in which a program runs is referred to as a platform.

Following are some basic concepts of OOPs.

Java is robust because it can handle run-time errors, has automatic garbage collection and exception handling, and does not use the explicit pointer concept.

Java is always the first choice when it comes to security. With Java’s secure features, we can create virus-free and temper-free systems. Java programs always run in the Java runtime environment, with little interaction with the operating system, making them more secure.

Java is a distributed language as well. Computer programs can be made to run over a network. For communicating over TCP/IP protocols, Java has a special class library. When compared to C/C++, creating network connections in Java is a breeze.

A thread is a separate execution path within a program that runs at the same time. Multithreaded refers to the ability to handle multiple tasks at the same time or to run multiple parts (functions) of the same programs in parallel.

Java is an interpreted language, it will never run as quickly as a compiled language such as C or C++. However, the use of a just-in-time compiler in Java allows for high performance.

Java is dynamic and extensible, which means we can add classes and new methods to classes using OOPs, as well as create new classes using subclasses. This makes it easier for us to expand and even modify our own classes.

Some of the most important upgrades made as part of the Java 8 release are listed below.

To know more about it please refer to the Introduction to Java | Java Tutorial | Java language.

Java program to get IP address