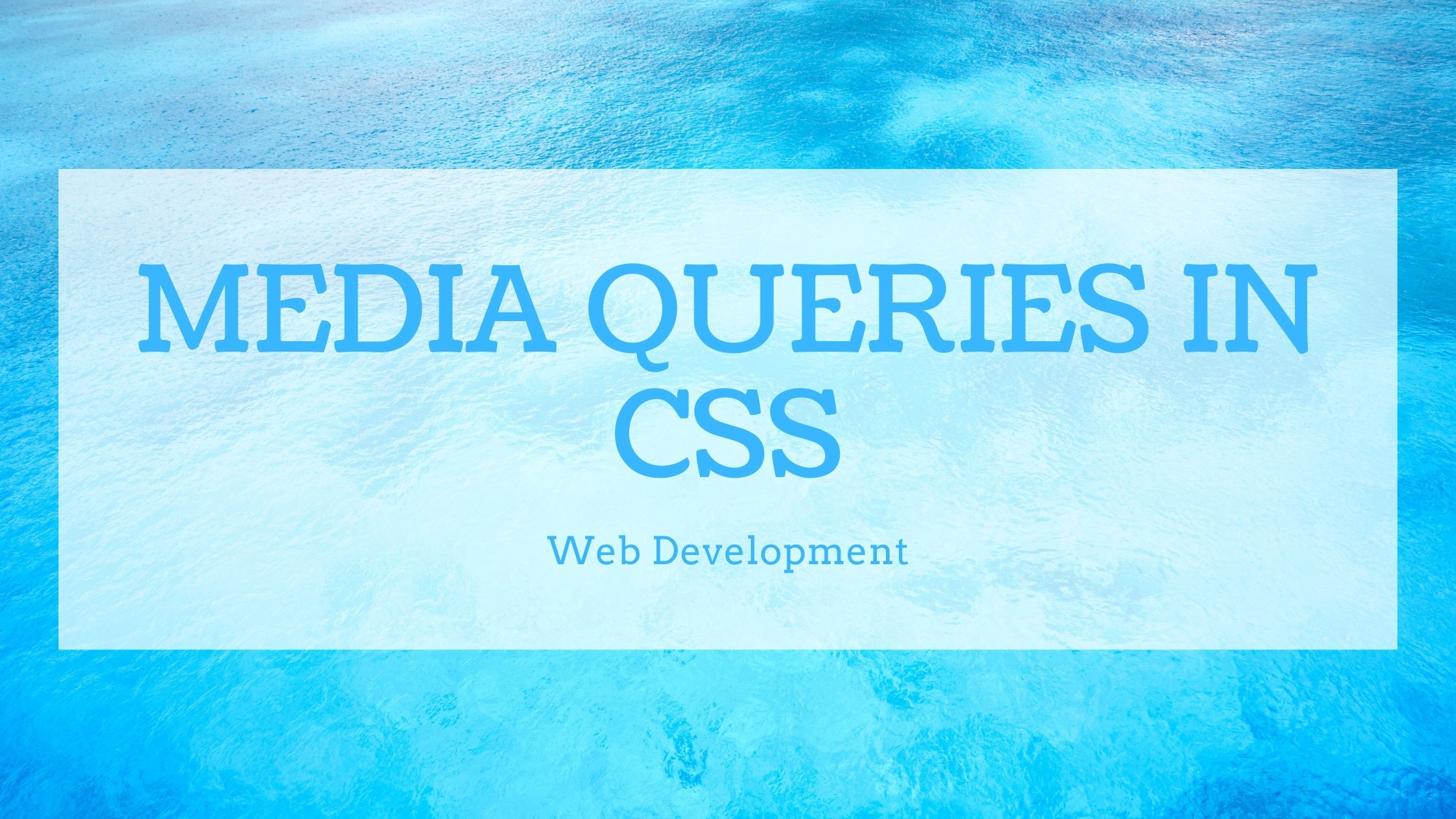 In this article, we will learn about the media queries in CSS.

Media queries can change the appearance of the website on the basis of matched conditions about the browser, user’s device, or system settings.

When you want to modify your site or app based on a device’s general type (such as print vs. screen) or specific characteristics and parameters, they come in role (such as screen resolution or browser viewport width).

The following are examples of media queries:

A media query is made up of one or more media feature expressions and an optional media type. Logic operators can be used to combine multiple queries in a variety of ways. They are not case-sensitive.

When the media type (if specified) matches the device on which a document is displayed, and all media feature expressions are true, a media query returns true. Unknown media types are always false in queries.

A device’s general category is described by its media type. The media type is optional when using the not or only logical operators, in which case all types will be implied.

A complex media query can be composed using the logical operators not, and, and only. You can also use commas to separate multiple media queries and combine them into a single rule.

The and operator is used to merge multiple media features into a single media query. For the query to be true, each chained feature must return true. It’s also used to connect media types with media features.

The not operator is used to invalidate a media query, it will return true if the query will otherwise return false. It will only negate the specific query if it is applied on list of queries which is separated by comma. You must also specify a media type if you use the not operator.

The only operator applies a style only if the entire query matches, which is useful for preventing selected styles from being applied by older browsers. When not using only, older browsers interpreted the query screen and (max-width: 500px) as screen, ignoring the rest of the query and applying the query’s styles to all screens. You must also specify a media type if you use the only operator.

Multiple media queries are combined into a single rule using commas. A comma-separated list of queries is treated independently of the others. As a result, if any of the queries in the list is true, the entire media statement is true. To put it another way, lists act like logic or operators.

That’s all about the Media Queries in CSS.

You may also like: Flexbox in CSS | Web Development

Hope this article will guide you to recognize all about the Media Queries in CSS that you needed and still if you have any problem or queries regarding this, post them in the comments section and we will be glad to assist you.

Before and After Pseudo Selectors in CSS

while and do-while loop in JavaScript