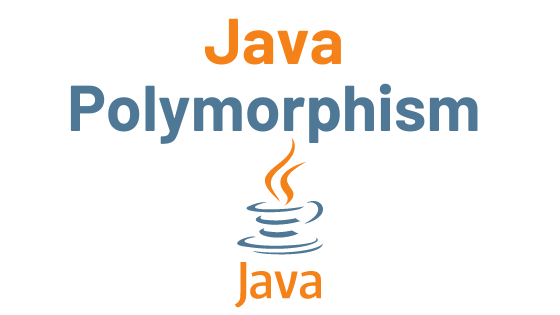 In this tutorial, we will learn about polymorphism and its implementation with the help of examples.

What is Polymorphism in Java?

We’ve created a superclass, Polygon, and two subclasses, Square and Circle, in the example above. Take note of the render() method’s use.

The render() method’s main purpose is to render the shape. The process of rendering a square, on the other hand, differs from that of rendering a circle.

As a result, the render() method behaves differently depending on the class. Or, to put it another way, render() is polymorphic.

Dynamic Binding or Dynamic Method Dispatch are other terms for runtime polymorphism in Java. The call to an overridden method is resolved dynamically at runtime rather than at compile-time in this process. Method Overriding is used to achieve runtime polymorphism.

It’s worth noting that runtime polymorphism is only possible with functions, not data members.

Examples of Runtime Polymorphism in Java

Runtime polymorphism refers to the fact that method invocation is determined by the JVM rather than the compiler.

What is Compile-Time Polymorphism in Java?

When a class has multiple methods with the same name, but the number, types, and order of parameters, as well as the return type of the methods, is different, this is known as method overloading. Java allows the user to use the same name for multiple functions as long as the type and number of parameters can be distinguished.

What is the difference between compile-time and run-time polymorphism?

An individual can have a variety of relationships with various people. A woman can be a mother, a daughter, a sister, and a friend all at the same time, implying that she exhibits different behaviors in different situations.

We can achieve polymorphism in Java using the following ways:

Method overriding is defined as the process by which a subclass or child class has the same method as the parent class.

The displayInfo() function is used to print the information. It does, however, print different information in Language and Java.

Some Java operators behave differently depending on the operand. As an example:

2. When we use the + operator with strings, it performs string concatenation (join two strings). For instance:

In this case, we can see that the + operator in Java is overloaded to perform two operations: addition and concatenation.

If a variable refers to different values under different conditions, it is said to be polymorphic.

Subtype basically means that a subtype can serve as the subtype of another type, sounds complicated?

Let us illustrate this with an example.

The Advantages of Polymorphism in Java

Other than Method Overloading and Method Overriding, polymorphism has many other characteristics. They are as follows:

Coercion is concerned with the implicit conversion of one type of object into a new object of a different type. This is done automatically to avoid typing mistakes in the code.

Operator Overloading occurs when an operator or symbol behaves in more than one way depending on the input context or operand type. It is a feature of static polymorphism. Although Java does not support user-defined operator overloading in the same way that C++ does, where the user can define how an operator works for different operands, there are a few cases where Java internally overloads operators.

Similarly, for logical and bitwise operations, operators such as! &, and | are overloaded. The type of argument determines how the operator is interpreted in both of these cases.

Polymorphic variables are represented in Java by object or instance variables. This is due to the fact that any class’s object variables can have an IS-A relationship with their own classes and subclasses.

The obj object is a polymorphic variable in this case. This is due to the superclass’s same object referring to both the parent (Shape) and child classes (Triangle).

Polymorphism has many benefits, but it also has a few drawbacks.

Hope this article will guide you to recognize all about the Java Polymorphism with example that you needed and still if you have any problem or queries regarding this, post them in the comments section and we will be glad to assist you.