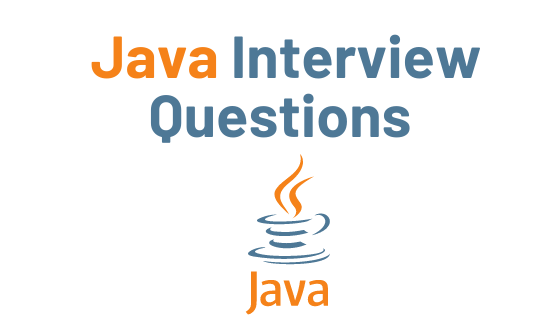 In this post, I’ll go over the most common java interview questions for people with 2 to 3 years of experience. Please save this website to your favorites. I’ve included a lot of links in the article to help you receive a more in-depth explanation of the subject. Let’s take a closer look at the interview questions and responses.

Q2 What is an interface?

In simple terms, Interface is the class’s blueprint. It has both static constants and abstract methods.

Q2 What is Class?

In Java, a class is a template that is used to build objects and define their data types and actions. Objects are items within each category, and classes are categories. The object’s core properties are the actual attributes/values and methods that it can use.

Class: A class is a template that describes the kind of states and behaviors that objects of that type can have.

Q3 What is an Object?

Object: When the JVM (Java Virtual Machine) discovers the new keyword at runtime, it will build an object that is an instance of that class using the proper class.

Q4 What do you mean when you say an object’s state and behavior?

The state of an object is determined by the values assigned to the object’s instance variables.

Q5 What is the difference between a class and an object?

Q6 What are the benefits of using OOPs concepts in Java?

Q7 What are the four OOPs principles in java?

Q8 Why do we utilise Object-Oriented Programming (OOPs) in Java?

Reduces the system’s complexity while also improving its maintainability. When paired with the ideas of abstraction, encapsulation, inheritance, and polymorphism, Object-Oriented Programming languages gain even more strength.

Q9 What is Java Method Overloading in java?

Method Overloading is a class that has many methods with the same name but different parameters.

Q10 What is Method Overriding in java?

Q11 What is the difference between early and late binding in Java?

Q12 Can we override an overloaded method in java?

Yes, the overloaded method can be overridden.

Q13 Can we overload a static method in java?

Q14 Can we override a static method in java?

In Java, you cannot override a static method. Because static methods are part of a class, the type of reference variable is used to resolve them at compilation time.

Q15 What does it mean to override a covariant method in Java?

The return type must be the same as, or a subtype of, the return type stated in the original overridden method in the superclass when using covariant method overriding. In Java 1.5, the concept of a covariant return type was added.

Q16 Is it possible to override a private function in Java?

In Java, you can’t overwrite a private method.

Q17 Is it possible to override a method that is marked as final?

You cannot override a method that has been marked as final.

Q19 what is inheritance?

Inheritance is the process through which a child class (subclass) object inherits all of a parent object’s properties and behaviors (superclass).

Q20 What are the different types of inheritance in java?

Q21 Is a method declared as final inherited in java?

Yes, it is inherited still you cannot override it.

Q22 What is the meaning of multiple inheritance?

Q23 Why is Java not an Object-Oriented Programming Language?

Because it uses primitive variables such as int, float, and double, which are not objects, Java is not a true Object-Oriented Language.

Q24 In Java, can operators be overloaded?

Although user-defined overloaded operators are not allowed in Java, the language overloads operators like ‘+’ internally. For string concatenation and number addition, ‘+’ is overloaded.

Q25 What is the difference between inheritance and encapsulation?

Q26 What is the difference between constructors and methods in java?

a. A constructor is used to initialise an object, whereas a method is used to demonstrate an object’s capabilities.
b. Constructors are called automatically, while methods must be called explicitly.

Q27 What is the difference between encapsulation and data hiding in Java?

When a field in a class is designated private, it can’t be accessed by anybody outside the class, and it hides the class’s fields. As a result, encapsulation is also known as data concealing.

Q28 What is a tightly contained class in java?

In Java, a tightly contained class is one in which each variable is specified as private. It is not necessary to verify whether or not a class contains getter and setter methods and if these methods are declared as public or not.

Q29 What is a wrapper class in java?

Q30 What is the instanceof keyword in java?

The instanceof operator is used to see if an object belongs to a given class or interface.