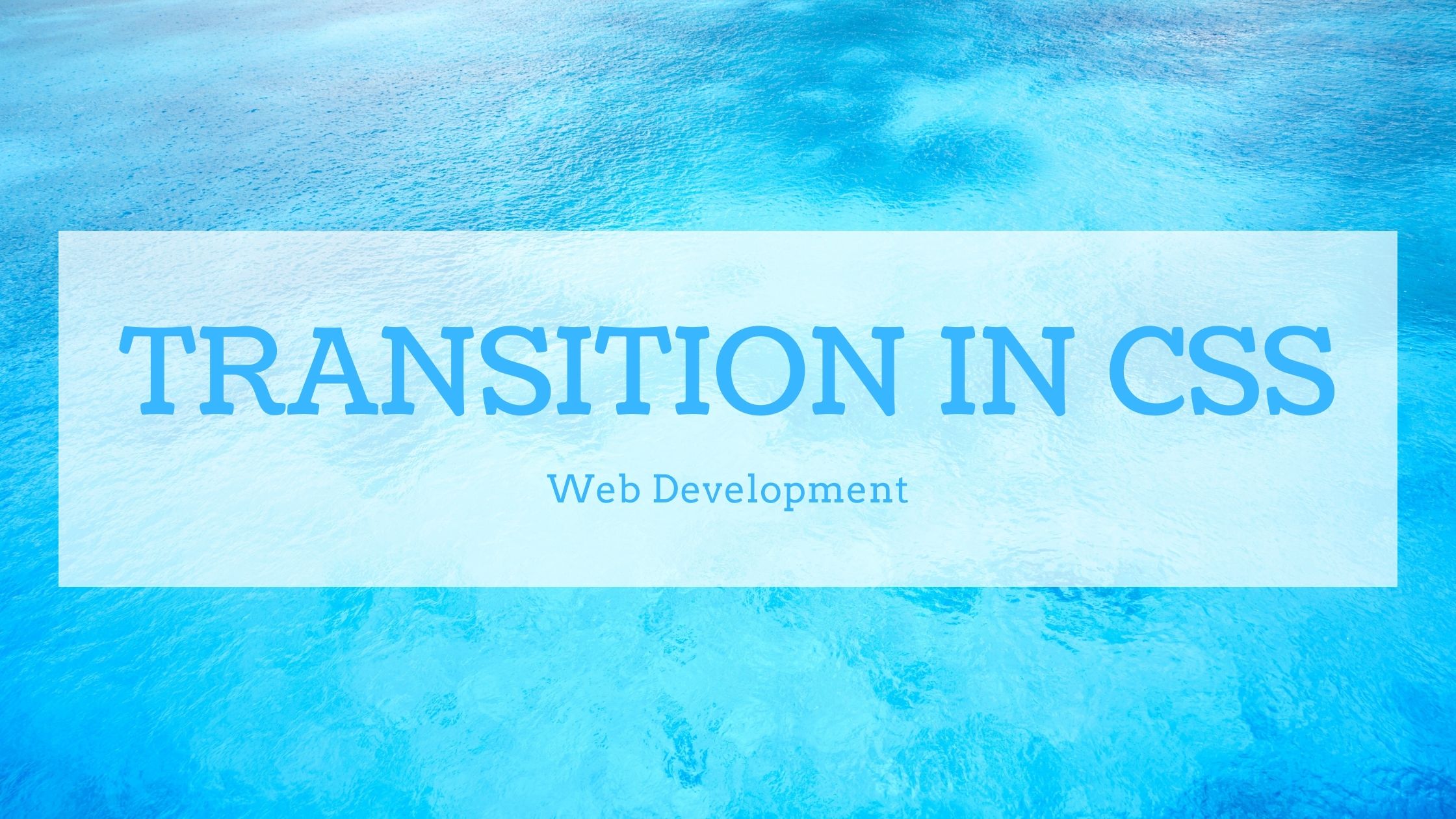 In this article, we will learn about Transitions in CSS.

When changing CSS properties, CSS transitions allow you to control the animation speed. Instead of having changes to property take effect immediately, you can have the changes take effect over time.

For example, changing the color of an element from white to black is usually instantaneous. Changes occur at time intervals that follow an acceleration curve when CSS transitions are enabled, and all of this can be customized.

The states in between the start and final states are implicitly defined by the browser, so animations that involve transitioning between two states are often referred to as implicit transitions.

A CSS transition instructs the browser to draw intermediate states between the initial and final states, providing a smooth transition for the user.

To make a CSS Transition, we must have to specify two things:

After this, we can control the individual components using the below transition properties:

The transition property is used to specify the name or names of the CSS properties that should be affected by transitions. During transitions, only the properties listed here are animated; all other properties are changed instantly as usual.

To select all properties at a time we use all values for this property.

The transition-duration property sets the time span for which transitions should take place. You can specify a single duration for all properties during the transition, or multiple values to allow each property to transition at its own pace.

The transition-delay property specifies a delay before animation begins.

The transition delay is specified in seconds (s) or milliseconds (ms) (ms).

Then we have the CSS Transition Shorthand property in which we can define all the transition properties at a single time.

The Transition shorthand property is used to specify multiple animations properties at a single time using the transition keyword.

Hover on the box, to see the transition.

That’s all about the Transitions in CSS.

Hope this article will guide you to recognize all about the Transitions in CSS that you needed and still if you have any problem or queries regarding this, post them in the comments section and we will be glad to assist you.