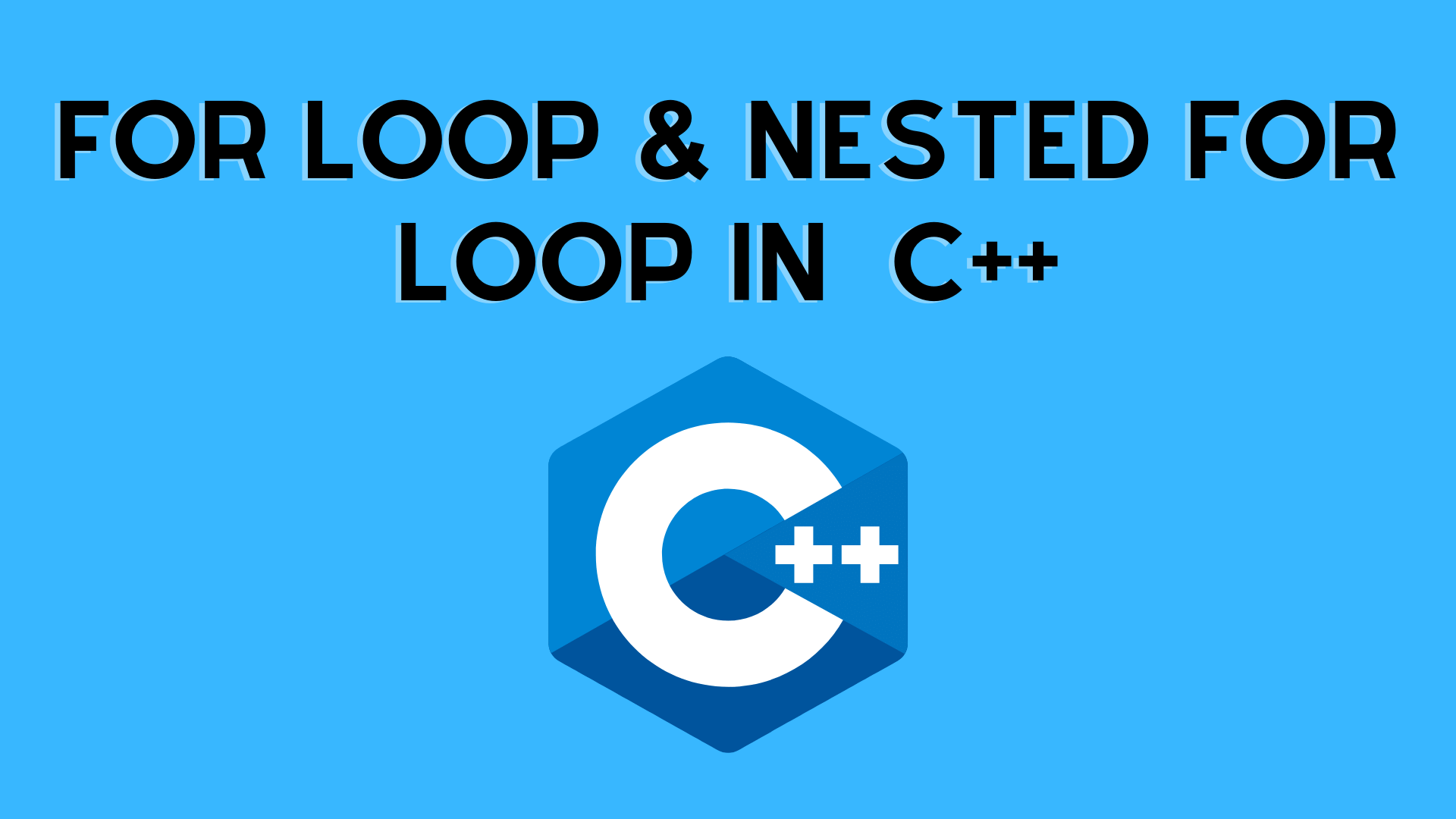 In this post, we will learn about the C++ for loop and its working with the help of examples.

Loops are used in computer programming to repeat a section of code.

The C++ programming language, in general, has a sequential execution strategy. The compiler executes the first statement before moving on to the next statement in line. When using a conditional statement, the statement is performed based on the condition’s outcome. Furthermore, you may use looping instructions in C++ to repeat the execution of a certain block of code until a certain condition is met. You might want to print numbers from 1 to 10 as an example. Instead of manually creating 10 individual print statements, you can use a loop statement to have the compiler manually increment the variable and report the value after each iteration.

Where we used loops?

The 3- Types of looping statements available in C++:

In C++ programming, a for loop can be used to repeat a certain execution for a specific amount of times. This allows us to write a single line of code instead of numerous lines of code. The for loop has the following

It is divided into four sections:

You can declare and initialize a variable in the initialization stage. The variable can then be evaluated against a condition, and the variable’s value can be incremented or decremented in the last step. The loop will continue to run until the condition is false. The program will then exit the loop and proceed with the remaining commands.

Example 1: Printing Numbers From 1 to 5

Infinite for Loop in C++

In this case, the test expression, i<= 10, is never false, and Developers Dome is printed until memory runs out.