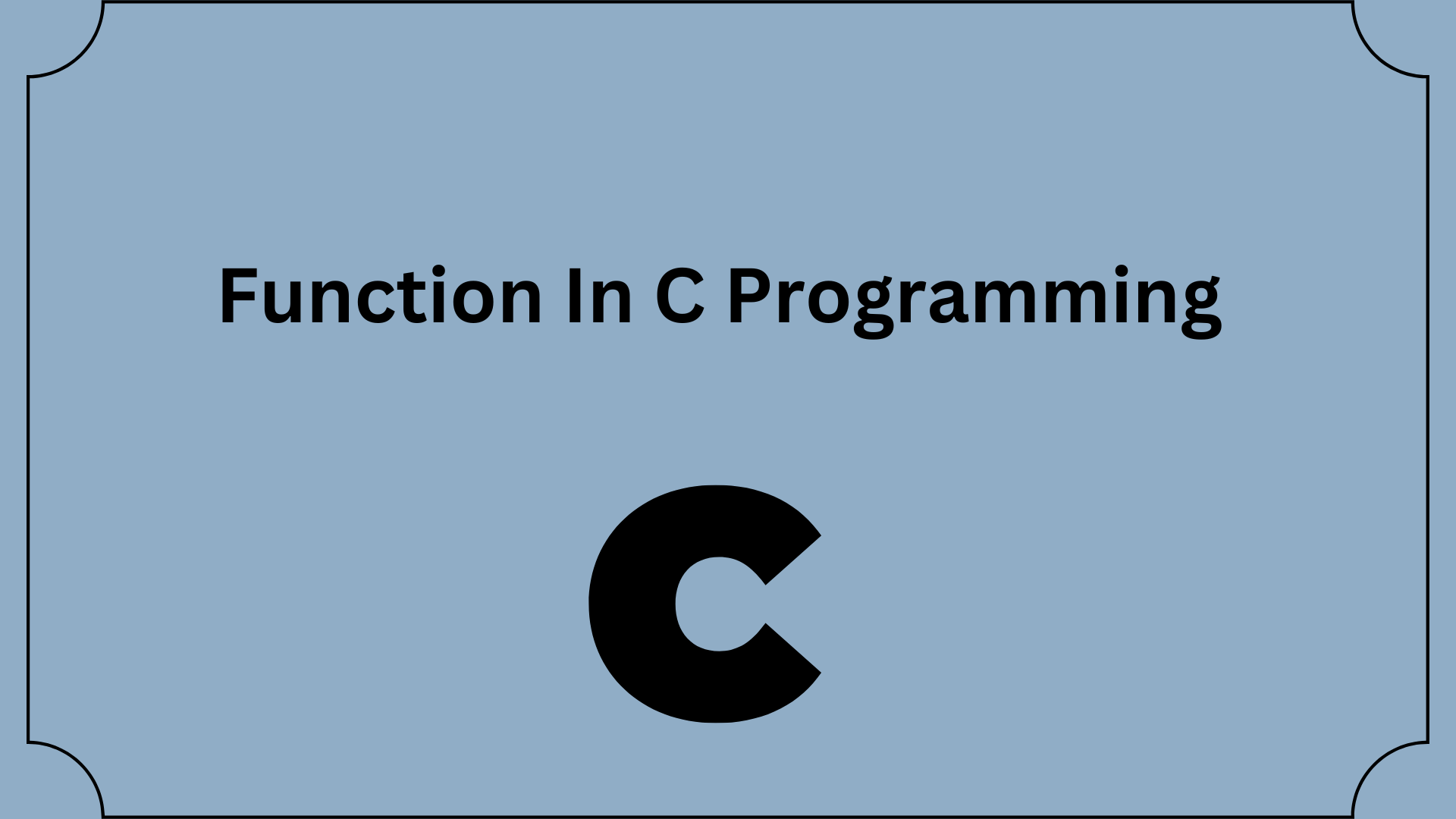 You will learn about function in C programming (both user-defined and standard library functions) in this tutorial. You will also discover the benefits of using parts in programming.

A function is a collection of sentences that work together to complete a goal. The default function in every C program is main(), and even the simplest programs can create additional functions.

Your code can be broken up into different functions. It is up to you how to divide your code into several functions, but logically each function should carry out a particular duty.

The name, return type, and parameters of a function are disclosed to the compiler in the function declaration. The actual function body is provided by a function definition.

Your program can call a variety of built-in functions from the C standard library. For instance, strcat() joins two strings together, memcpy() copies data from one memory region to another, and many other methods.

A function is a section of code that only executes when called.

You can supply parameters—data—to a function.

Functions are used to carry out certain activities and are crucial for code reuse: One code definition can be used several times.

A unit of code known as a functions carries out a particular task.

Let’s say you need to write software to draw a circle and give it color. Two functions can be developed to address this issue:

Functions may return a value as its return type. The data type of the value the functions returns is indicated by the return type.

Some functions carry out the required tasks without giving a value back. The keyword void is used as the return type in this instance.

The actual name of the functions is indicated by this.

The term “real parameter” or “argument” refers to this value. The type, arrangement, and quantity of a function’s parameters are described in the parameter list.

The presence of parameters is optional; functions may not have any.

Our program is simple to comprehend and reuse because it breaks a difficult problem into smaller components.

The functions body is made up of a number of statements that specify what the functions do.

In C programming, there are two different types of functions:

In C programming, built-in functions are the standard library functions.

In header files, these functions are declared. For instance,

As needed, you can also build functions. User-defined functions are those that the user has created.

The main() functions are where a C program starts to run.

Control of the program jumps to functionName(); when the compiler comes across it.

And then functionName’s code is executed by the compiler ().

As soon as the code inside the functions declaration is performed, program control returns to the main() functions.

Remember that function names are identifiers and should be singular.

An overview of user-defined functions is provided here. If you want to learn more about:

You should practice using our compiler: Compiler