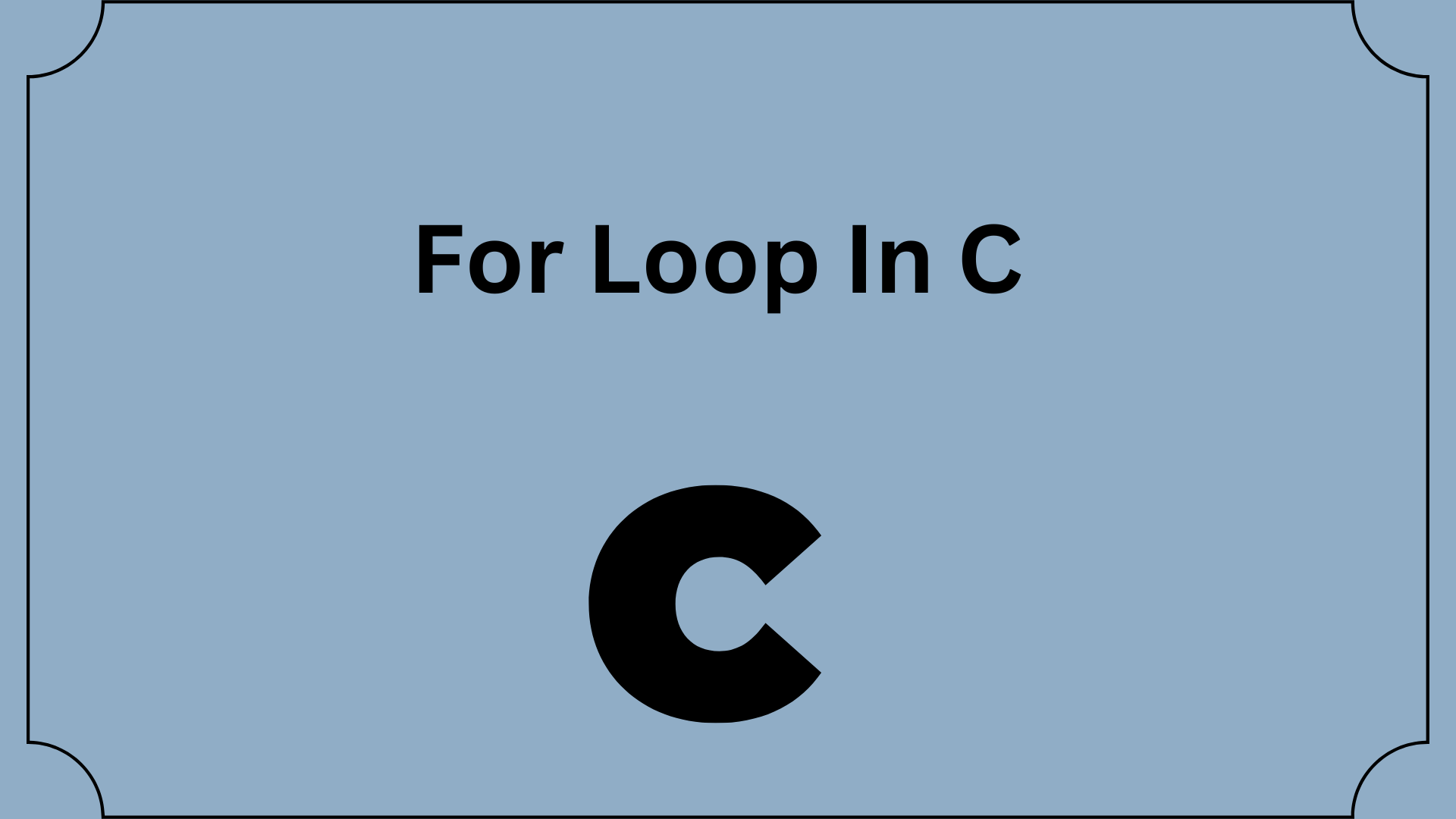 With the aid of examples, you will learn how to write a for loop in C programming in this article.

In programming, there are instances when it is necessary to repeat an operation n times or more. When we need to repeatedly run a set of statements, we utilize loops.

A loop is a programming construct used to iterate across a block of code until the required condition is satisfied.

The three types of loops in C programming are:

For loops will be covered in this course. We shall learn about the while and do…while loop in the upcoming tutorial.

for Loop in c

The for loop’s syntax is as follows:

How does the for loop work in c?

Example 1: for loop in c

Example 2: for loop in C

The variable num holds the value that the user entered. Let’s say the user typed 10.

The test expression is assessed once the count is initialized to 1.

Since the for loop’s body is run and the value of the sum is equal to 1, the test expression count=num (1 less than or equal to 10) is true.

The update command ++count is then carried out, and count equals 2. The test expression is assessed once again.

Due to the fact that 2 is also less than 10, the test expression is determined to be true and the for loop’s body is run. The sum will now equal 3.

Up until the count reaches 11, this process is repeated and the sum is calculated.

The test expression is evaluated to 0 (false) when the count reaches 11, and the loop ends.

The sum’s amount is then displayed on the screen.

In the following tutorial, we will learn about the while loop and the do…while loop.

Variables Constant and Literals In C