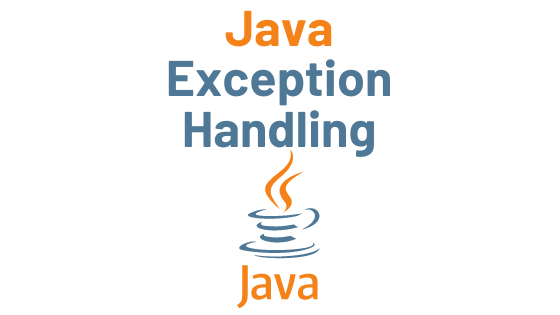 what is exception handling in java?

Exception Handling in Java is a powerful mechanism for dealing with runtime errors while maintaining the application’s normal flow. We’ll learn about Java exceptions handling, their types, and how to handle them in this tutorial. if you want to learn more about java exceptions then refer to Java Exception with Example

Here is a list of various approaches to handling exceptions in Java.

In this example, we’re attempting to divide a number by zero. This code throws an exception in this case.

Finally block syntax is as follows:

ArithmeticException: / by zero
This is the finally block

In the preceding example, we are dividing a number by zero within the try block. This code throws an ArithmeticException in this case.

The catch block catches the exception. The finally block is then executed.

The throw keyword in Java is used to throw a single exception explicitly. When we throw an exception, the program’s flow shifts from the try block to the catch block.

Using the throw keyword, we explicitly throw the ArithmeticException in the preceding example.

Similarly, the throws keyword is used to specify the type of exception that can occur within the method. It’s mentioned in the method declaration.

To handle an exception in Java, there are five keywords available. Each is described in the table below.

Singleton Class in Java with Implementation and Example

Hope this article will guide you to recognize all about Java Exceptions handling with Example that you needed and still if you have any problem or queries regarding this, post them in the comments section and we will be glad to assist you.

Java this Keyword with Example

Java Program to calculate and display Student Grades with Example