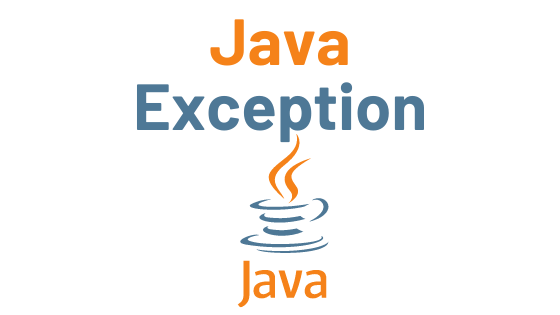 What is Java Exception?

An exception is defined in Java as “an event that occurs during the execution of a program that disrupts the normal flow of instructions.” This is a generally unexpected or undesirable event that can occur in application code at compile-time or run-time.

An exception (or exceptional event) is a problem that occurs while a program is being executed. When an exception occurs, the normal flow of the program is disrupted, and the program/Application terminates abnormally, which is not recommended; thus, these exceptions must be handled.

An exception can occur for a variety of reasons. The following are some examples of when an exception occurs.

We have three types of Exceptions based on these. To understand how exception handling works in Java, you must first understand them.

Checked exceptions are exceptions that are checked (notified) by the compiler at compilation time, these are also known as compile-time exceptions. These exceptions cannot be ignored instead, the programmer must take care of (handle) them.

Errors are not exceptions, but rather problems that occur outside of the user’s or programmer’s control. Errors are typically ignored in your code because they are rarely correctable. An error will occur, for example, if a stack overflow occurs. They are also ignored during compilation.

Errors are abnormal conditions that occur when there is a severe failure; these are not handled by Java programs. Errors are generated to indicate errors that the runtime environment causes. JVM, for example, has run out of memory. Normally, programs are unable to recover from errors.

The following is a list of the most frequently checked and unchecked Java Built-in Exceptions.

The Throwable class contains a number of useful methods, which are listed below.

There are two branches in the exception hierarchy: RuntimeException and IOException.

A programming error causes a runtime exception. Unchecked exceptions are another name for them.

These exceptions are checked at run-time rather than compile-time. The following are some of the most common runtime exceptions:

This is how you can think about it. “It’s your fault if there’s a runtime exception.” If you had checked whether the variable was initialized before using it, the NullPointerException would not have occurred.

If you had checked the array index against the array bounds, you would not have gotten an ArrayIndexOutOfBoundsException.

A checked exception is another name for an IOException. They’re checked by the compiler at compile-time, and the programmer is prompted on how to handle them.

Checked exceptions include the following:

When attempting to open a file that does not exist, a FileNotFoundException is thrown.
Attempting to read a file past the end

The try block contains the code that is prone to exceptions. When an exception occurs, the catch block associated with it is used to handle it. Every try block should be followed immediately by a catch or finally block.

Example: An array with two elements is declared as follows. The code then tries to access the array’s third element, which results in an exception.

Exception thrown :java.lang.ArrayIndexOutOfBoundsException: 3
Out of the block

Example: This section of code demonstrates how to use multiple try/catch statements.

Singleton Class in Java with Implementation and Example

Hope this article will guide you to recognize all about Java Exceptions with Example that you needed and still if you have any problem or queries regarding this, post them in the comments section and we will be glad to assist you.

Java program to perform Bubble Sort on Strings with Example

Java Program to print Even numbers with Example