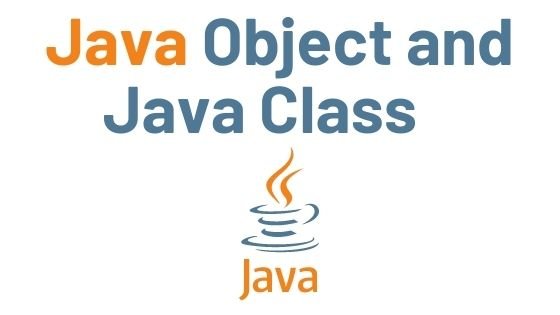 In this tutorial, you will learn about the concept of class and object in java with the help of examples. Using the object-oriented programming technique, we create a program by combining objects and classes.

What is an object in Java?

Any entity with a state and behavior is referred to as an object. A Car, for example, is an object. it has

A Car, for example, is an object. it has

There are three characteristics of an object:

For Example, a car is an object. Its name is BMW, color is black, known as its state. It is used to drive, so driving is its behavior.

In Java, you can make an object.

This is how we can create a class object-

What is a class in Java?

A class is a collection of objects with similar properties. It’s a blueprint or template from which objects are made. It’s a logical thing. It can’t be physical.

A class is an object’s blueprint. We must first define the class before we can create an object.

Create a class in Java

The class keyword in Java can be used to create a class. As an example.

We can create a class for our car object as follows:

In Java, there are three ways to initialize an object.

Example of an Object and a Class: Initialization by Reference

The term “initialize” refers to the process of storing data into an object. Let’s look at a simple example where we’ll use a reference variable to initialize the object.

We can also create multiple objects and use reference variables to store information in them.

Example of an Object and a Class: Initialization via a method

In this example, we create two objects of the Sample class and use the setdata() method to set the value of these objects. By calling the getdata() method, we can see the state (data) of the objects.

We hope that this article will assist you in understanding all about Object and Java Class with Example. We have concentrated on making a basic, meaningful, and easy-to-learn guide to the concepts. Still, if you have any problems regarding this, please post them in the comment section, and we will be glad to assist you.