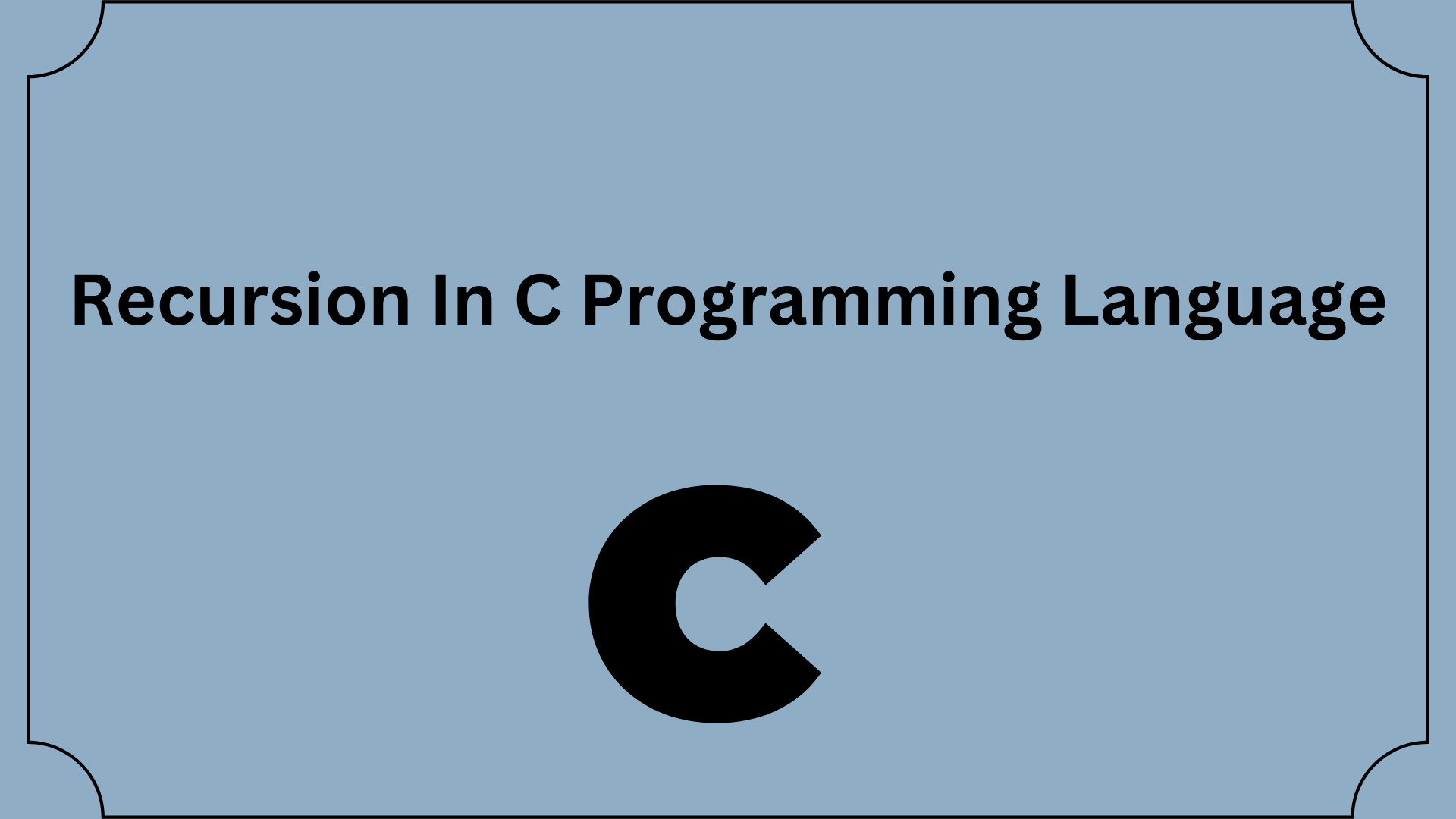 With the aid of an example, you will learn how to create recursion functions in C programming in this article.

So programmers must be careful to define an exit condition from the function.

Numerous mathematical problems can be solved using recursive functions, such as determining a number’s factorial or creating Fibonacci sequences.

How does recursion work?

Up until a condition is met to stop it, the recursion keeps happening.

When one branch performs the recursive call while the other doesn’t, and if…else statement (or a similar approach) can be used to prevent infinite recursion.

Initially, the number is supplied as an argument when calling sum() from the main() function.

If the condition fails when n is equal to 0, the else clause is then run, returning the sum of the numbers to the main() function.

Benefits and Drawbacks of Recursion

Programs are made elegant by recursion. Recursive functions are typically slower, so loops should be used in place of it if performance is crucial.

Recursion is a crucial idea, in light of this. It is extensively utilized in algorithms and data structures. Recursion is frequently used, for instance, to solve issues like tree traversal.