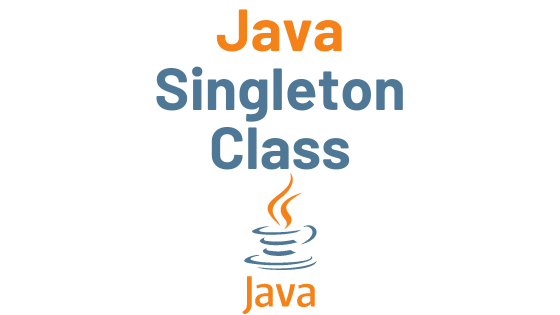 In this tutorial, you will learn about Singleton Class in Java with an example in detail.

A singleton class in object-oriented programming is a class that can only have one object (an instance of the class) at a time.

A class must implement the following properties in order to be a singleton class:

How to Use Singleton Class in Java?

Singleton’s function is to control object creation by limiting the number of objects to one. Because there is only one Singleton instance, any instance fields of a Singleton, like static fields, will appear only once per class. Access to resources, such as database connections or sockets, is frequently controlled by singletons.

When we run the program, we will get the following results:

In the preceding example:

What is the difference between the Normal and Singleton classes?

The Eager Initialization method is the most fundamental and straightforward method for creating a Singleton class. When the JVM loads memory to the object, the object or instance of the class is created. We accomplish this by assigning the reference directly to the object.

When we know that the program will always use the object/instance of this class, we can use this technique. In addition, we use this technique when the cost of creating the instance is not prohibitively expensive in terms of resources and time.

To create a singleton class using the Eager Initialization method, follow the steps below:

You can see in the code above that instead of invoking the class constructor, we must use the getInstance() method each time we instantiate an object.

The Lazy Initialization method postpones class instantiation until it is required. In other words, the object is only created if it is needed. This method aids in avoiding the creation of unnecessary class instances.

To create a singleton class using the Lazy Initialization method, follow the steps below:

Even in a multithreaded environment, a thread-safe singleton method creates a Singleton class. The getInstance() method must be marked as synchronized.’ Marking this method as synchronized prevents multiple threads from accessing it at the same time.

We solve the overhead problem of synchronized methods with this approach. The getInstance() method is not synchronized in this case. Rather than synchronizing it, we enclose the code for creating objects within a synchronized block.

By doing so, only a small number of threads must wait, and only for the first time. This method usually improves the application’s performance.

Pros and Cons of Lazy Initialization with Double Lock Method

The JVM uses the Lazy Load method to load static data members only when they are needed. As a result, no object is created when the JVM loads the singleton class into the JVM.

Hope this article will guide you to recognize all about Singleton Class in Java with Implementation and Example that you needed and still if you have any problem or queries regarding this, post them in the comments section and we will be glad to assist you.