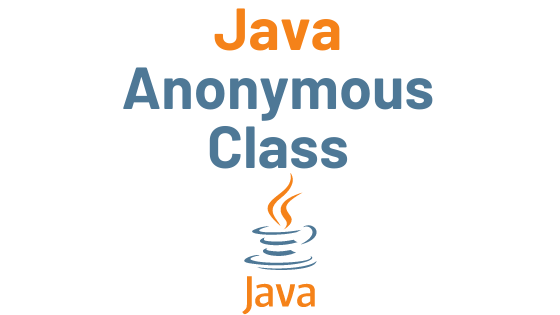 In this tutorial, you will learn about Java Anonymous Class with an example in detail.

What is anonymous class in java?

You can use anonymous classes to make your code more concise. They allow you to simultaneously declare and instantiate a class. They’re similar to local classes, but they don’t have a name. If you only need to use a local class once, use them.

Its syntax is as follows:

In most cases, anonymous classes extend subclasses or implement interfaces.

In the preceding example, we created the Square class. It only shows a single method ().

We’ve created an anonymous class that implements the Square interface in the preceding example.

What is anonymous block in Java?

In Java, an anonymous block is a unique member of a class. It has no names and represents statements that are shared by all of the class constructors.

Hope this article will guide you to recognize all about Java Anonymous Class with an example that you needed and still if you have any problem or queries regarding this, post them in the comments section and we will be glad to assist you.

Java Program to print Even numbers with Example