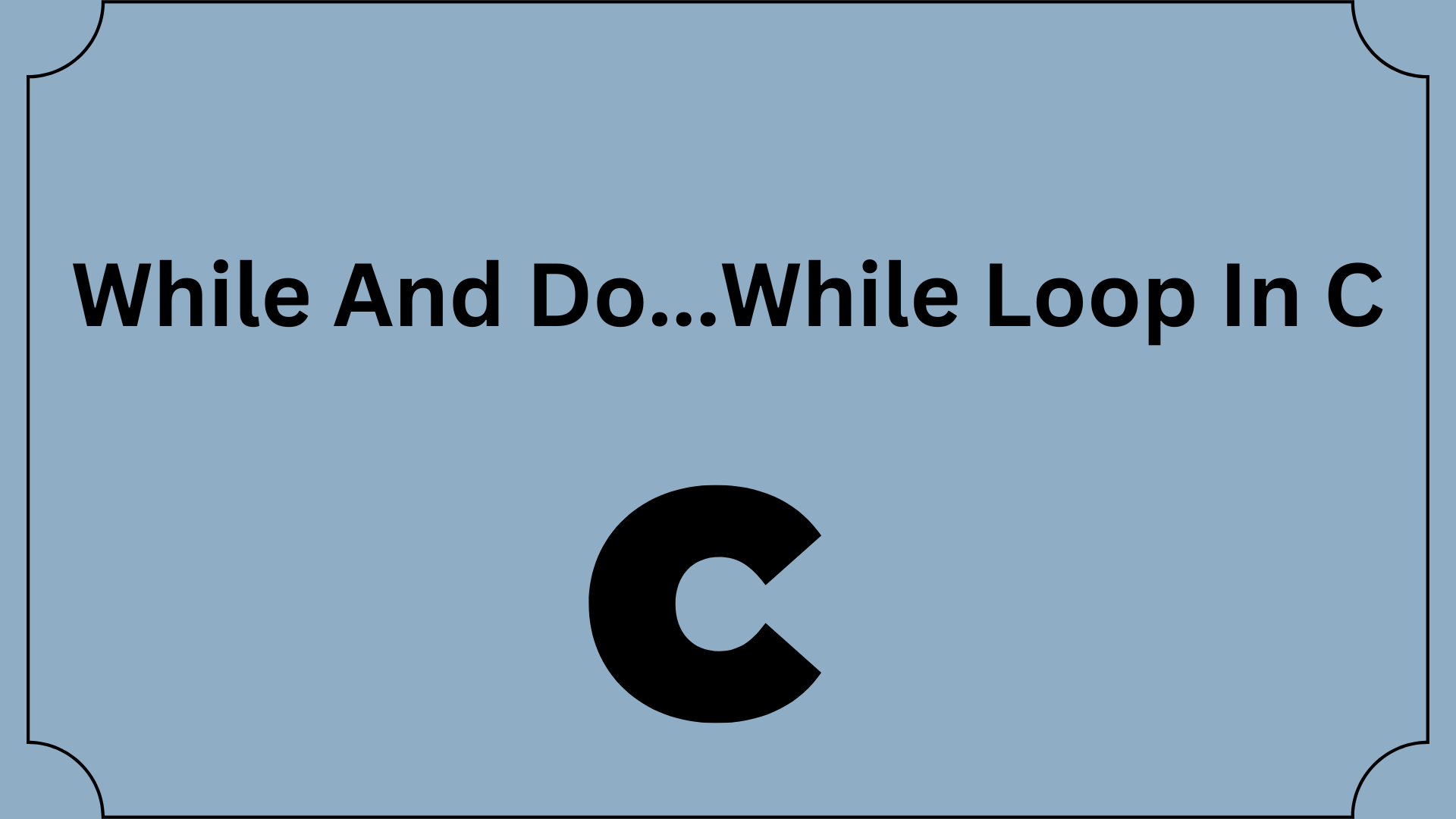 With the aid of examples, you will learn how to write a while and do…while loop in C programming in this article.

The control flow statement known as a while loop enables code to be performed repeatedly in response to a specified Boolean condition.

The while loop can be viewed as an iterative version of the if statement.

Loops are used in programming to repeatedly run a block of code until a specific condition is satisfied.

There are three varieties of loops in C programming.

We learned about the for loop in the last tutorial. We will study the while and do..while loops in this tutorial.

The while loop’s syntax is as follows:

How does the while loop operate?

We have initialized I to 1 in this case.

With one significant exception, the do..while loop and while loop is very similar. At least one iteration of the do…while loop’s body is performed. The test expression is only then evaluated.

Do while loops are examples of exit control loops and are similar to while loops with the exception that they check the condition after executing the statements.

The do…while loop is written as follows:

How does the do…while Loop operates?

Here, a do…while loop has been used to ask the user to enter a number. As long as the input number is not 0, the loop continues to run.

The do…while loop runs at least once, meaning that the initial iteration occurs even when the condition hasn’t been verified. Only after the first iteration has been completed is the condition checked.

Therefore, the loop moves on to the next iteration if the first input is a non-zero value, at which point the number is added to the sum variable. Up until the user enters 0, this process is repeated.

However, there won’t be a second iteration of the loop if the initial input is 0, therefore the sum becomes 0.0.

We output the sum’s value outside of the loop.

Difference Between while and do…while Loop