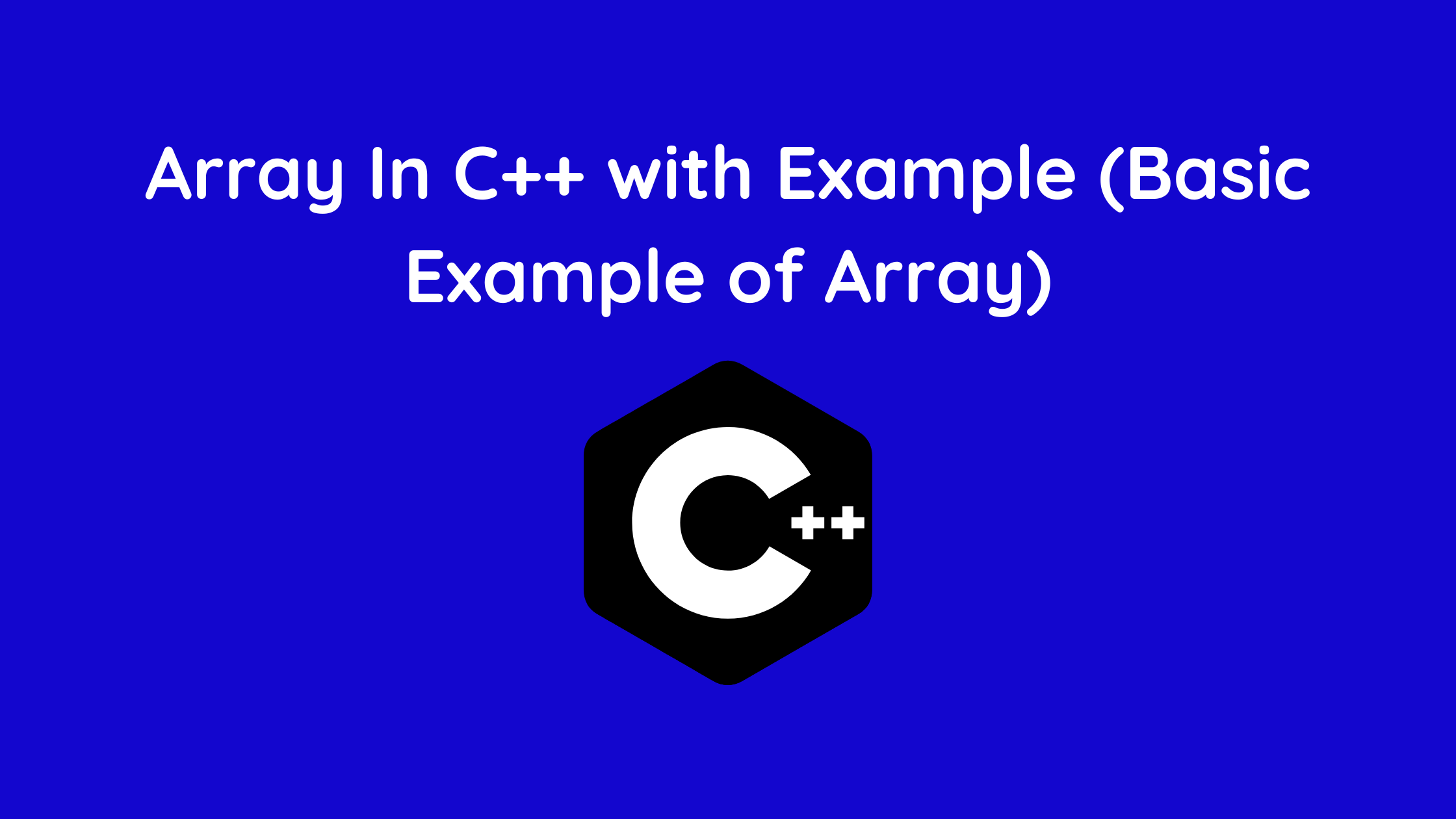 We will practice using arrays in this article. With the help of examples, we will learn how to declare, initialize, and access array elements in C++ programming.

It is a collection of variables of comparable data kinds that are referred to by a single element. Its elements are kept in a single memory location.
The array’s size should be specified when it is declared. Array elements are always counted beginning with zero (0).

In addition, an array in C/C++ can store derived data types such as structures, pointers, and so on.

Let’s say there are 27 students in the class, and we need to keep their grades altogether. We may simply build an array rather than 27 different variables:

Here, a grade is an array with a maximum capacity of 27 double-type entries.

After an array is declared, its size and type cannot be altered in C++.

Each element of an array in C++ has a corresponding number. The value is referred to as an array index. By employing those indexes, we can get at the items of an array.

Think about the array x that we saw earlier.

A Few Things to Keep in Mind

An array can be initialized during declaration in C++. For instance,

An additional approach to initializing an array during declaration

We haven’t indicated the array’s size here. In such circumstances, the compiler computes the size automatically.

In C++, if an array has a size of n, we can store up to n elements in it. However, what happens if we store fewer than n elements?

The array x has a size of 6 in this case. However, we’ve only given it three elements to begin with.

The compiler assigns random values to the remaining locations in such circumstances. This random value is frequently simply 0.

What is the syntax for inserting and printing array elements?

A for loop was used to iterate from I = 0 to I = 4. We have printed numbers[i] in each iteration.

To print the array’s elements, we once again utilized a range-based for loop. Check to see C++ Ranged for Loop to understand more about this loop.

Note that we used const int &n as the range declaration in our range-based loop rather than int n. The const int &n, on the other hand, is recommended because Each repetition of int n simply transfers the arrays of elements to the variable n. This is not memory-friendly. &n, on the other hand, uses the arrays elements’ memory addresses to access their data without duplicating it to a new variable. This is memory-saving. We’re just printing the array elements, not changing them. As a result, we utilize const to avoid mistakenly changing the array’s values.

Example 2: Take Inputs from User and Store Them in an Array

We then used another for loop to print out all of the array elements.

We created double arrays called numbers but did not specify their size. In addition, three double variables were declared: total, count, and average.

The array elements were then printed using a range-based for loop. In each loop iteration, we add the current arrays entry to the total.

We also increment the value of count by one in each iteration, so that by the end of the for loop, we have the size of the arrays.

We print the sum and average of all the numbers after publishing all of the items. Average = sum/count gives the average of the numbers.

C++ Array Out of Bounds

If we declare a 10-element array, the arrays will have elements from 0 to 9.

However, attempting to access the element at index 10 or higher will result in Undefined Behaviour.