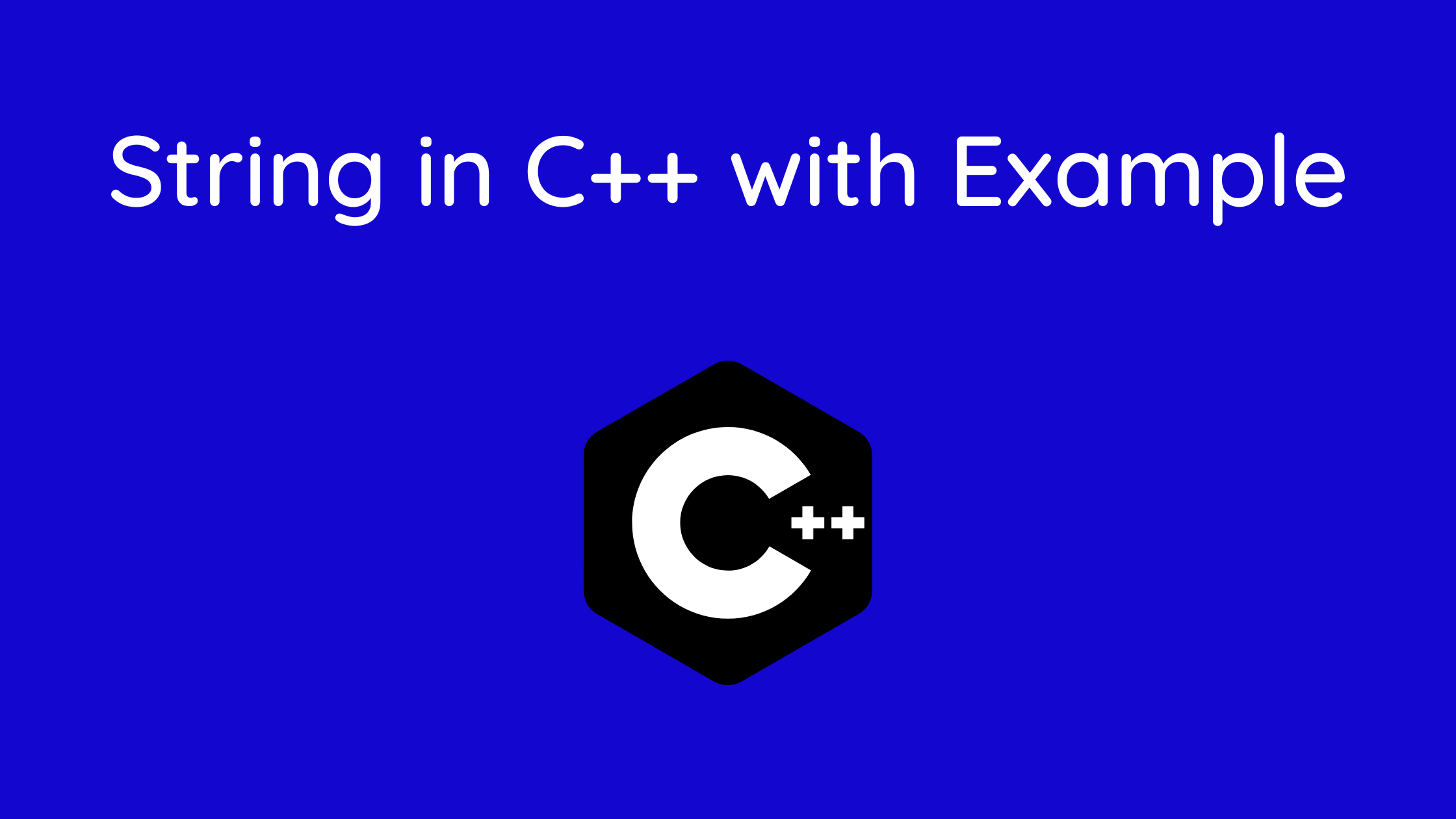 This tutorial will teach you how to work with strings in C++. You’ll learn how to declare, initialize, and use them for a variety of input/output activities.

A string is a group of characters. In the C++ programming language, there are two types of strings:

In C++, We may execute a variety of operations on strings. For example, reversing, concatenating, or passing a function argument.

The standard string class supports such objects with an interface similar to that of a regular container of bytes, but with additional features developed expressly for use with strings of single-byte characters.

Note: It is important to note that this class handles bytes regardless of the encoding: If used to handle sequences of multi-byte or variable-length characters (such as UTF-8), all members of this class (such as length or size), as well as its iterators, will still operate in terms of bytes (not actual encoded characters).

How to define a C – string?

The string str in the preceding code holds four characters.

Despite the fact that “C++” comprises three characters, the null character 0 is automatically appended to the end of the string.

Alternative ways of defining a string

It is not required to use all of the string’s allocated space, as it is with arrays. As an example:

C++ program to display a string entered by the user.

In the second example, only “Programming” is printed rather than “Programming is pleasant.”

This is due to the fact that the extraction operator >> operates similarly to scanf() in C and regards a space ” ” to be a terminating character.

Example 2: C++ Strings to read a line of text

C++ program to read and display an entire line entered by the user using strings.

The cin. get function can be used to read text that contains blank spaces. This function accepts two parameters.

In the preceding program, str is the string’s name, and 100 is the array’s maximum size.

You may also create a string object in C++ to hold strings.

Unlike char arrays, string objects have no set length and can be extended as needed.

String str is declared in this program. The string is then requested from the user.

You can get the entered line of text using getline instead of cin>> or cin. get() ().

The first parameter of the getline() function is cin, and the second parameter is str, which represents the position of the line to be stored.

Passing String to a Function

Two strings are requested in the preceding application. These are kept in str and str1, where str is a char array and str1 is a string object, respectively.

Then there is two display() calls that output the string onto the string.

The parameter is the only difference between the two functions. The first display() function accepts a char array as a parameter, while the second accepts a string.

This is referred to as function overloading. More information on Function Overloading can be found here.