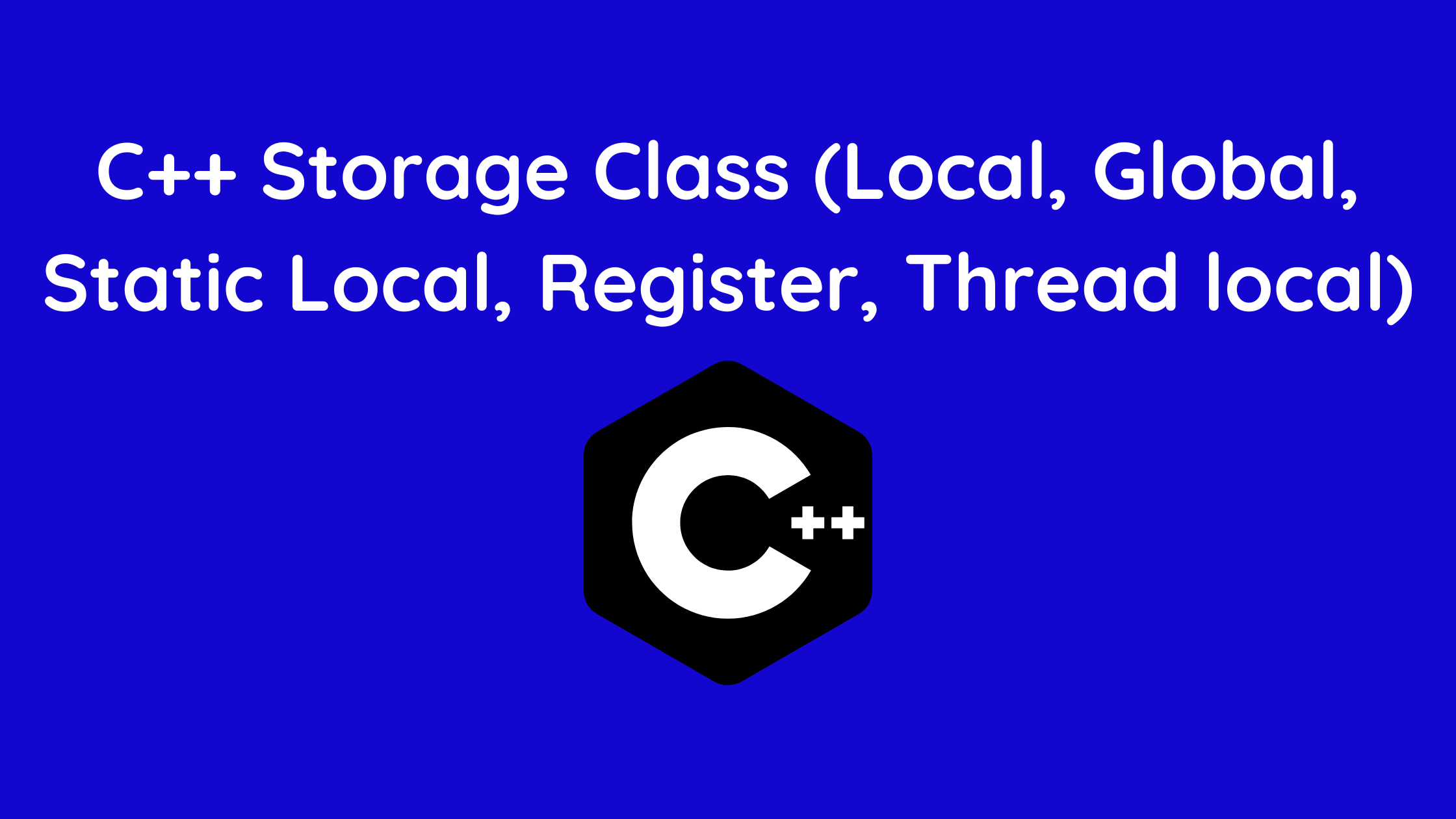 This article will teach you about C++ Storage Class. There are five types: local, global, static local, register, and thread-local.

In C++, every variable has two properties: type and storage class.

A variable can be classified into four major types based on its storage class:

Its scope is restricted to the function in which it is defined. To put it simply, a local variable exists and can be accessed only within a function.

When the function terminates, the life of a local variable expires (it is destroyed).

However, since C++11, the auto has a new meaning and should not be used to define local variables.

When a variable is defined outside of all functions, it is referred to as a global variable.

A global variable’s scope is the entire programme. This means that it can be used and updated at any point in the programme after being declared.

A global variable is one of the scope types in any programming language and is described in C++ as a variable that can be used or accessed from anywhere in the programme.

However, they can be declared or defined at the top or start of the programme, which is outside of all the blocks and functions.

Similarly, its existence stops only when the programme does.

c is a global variable in the preceding program.

This variable is visible to both the main() and test() procedures in the preceding programme.

A static variable is specified using the keyword static. As an example:

The test() function is called twice in the preceding programme.

Variable var is declared as a static variable and initialised to 0 after the first call. The number one is then added to var, which is displayed on the screen.

Because variable var is a static variable, it remains after the method test() returns.

There is no new variable var created on the second function call. The same variable is multiplied by one and then displayed on the screen.

The output of the preceding programme if var was not defined as a static variable.

The keyword register is used to specify variables in registers.

like automatic variables, register variables, exist solely within a single function. It should be faster than the local variables.

When a programme encounters a register variable, it stores it in the processor’s register rather than memory, if memory is available. As a result, it is faster than the local variables.

This keyword, however, was deprecated in C++11 and should not be used.

Thread-local storage is a way of allocating variables so that each thread has one instance of the variable.

For this purpose, the keyword thread local is utilised.