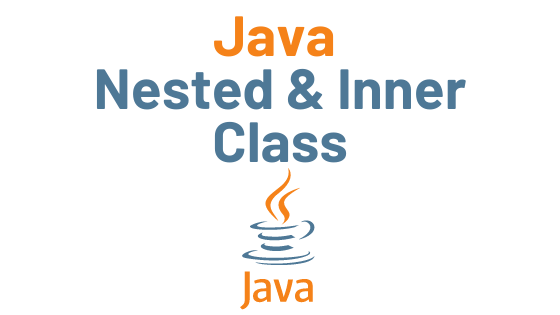 In this tutorial, you will learn about Java Nested and Inner Class with an example.

What is nested class(inner class)?

An inner class, also known as a nested class in Java, is a class that is declared within another class or interface.

In Java, there are three advantages to using inner classes. The following are the details:

In Java, you can create two types of nested classes.

In Java, here’s an example of how to declare inner classes.

Within the Main class, there are

We have the inner class Engine inside the outer class Car in the above program. Take note of the line here:

A static class, also known as a static nested class in Java, is a class that is created inside another class. It is unable to access data members and methods that are not static. It can be found by looking up the name of the outer class. It has access to the outer class’s static data members, including private.

We’ve created a static class called D inside the Sample class in the above program. Take note of the line:

When we attempt to run the program, we will receive the following error:

Hope this article will guide you to recognize all about Java Nested and Inner Class with Example that you needed and still if you have any problem or queries regarding this, post them in the comments section and we will be glad to assist you.