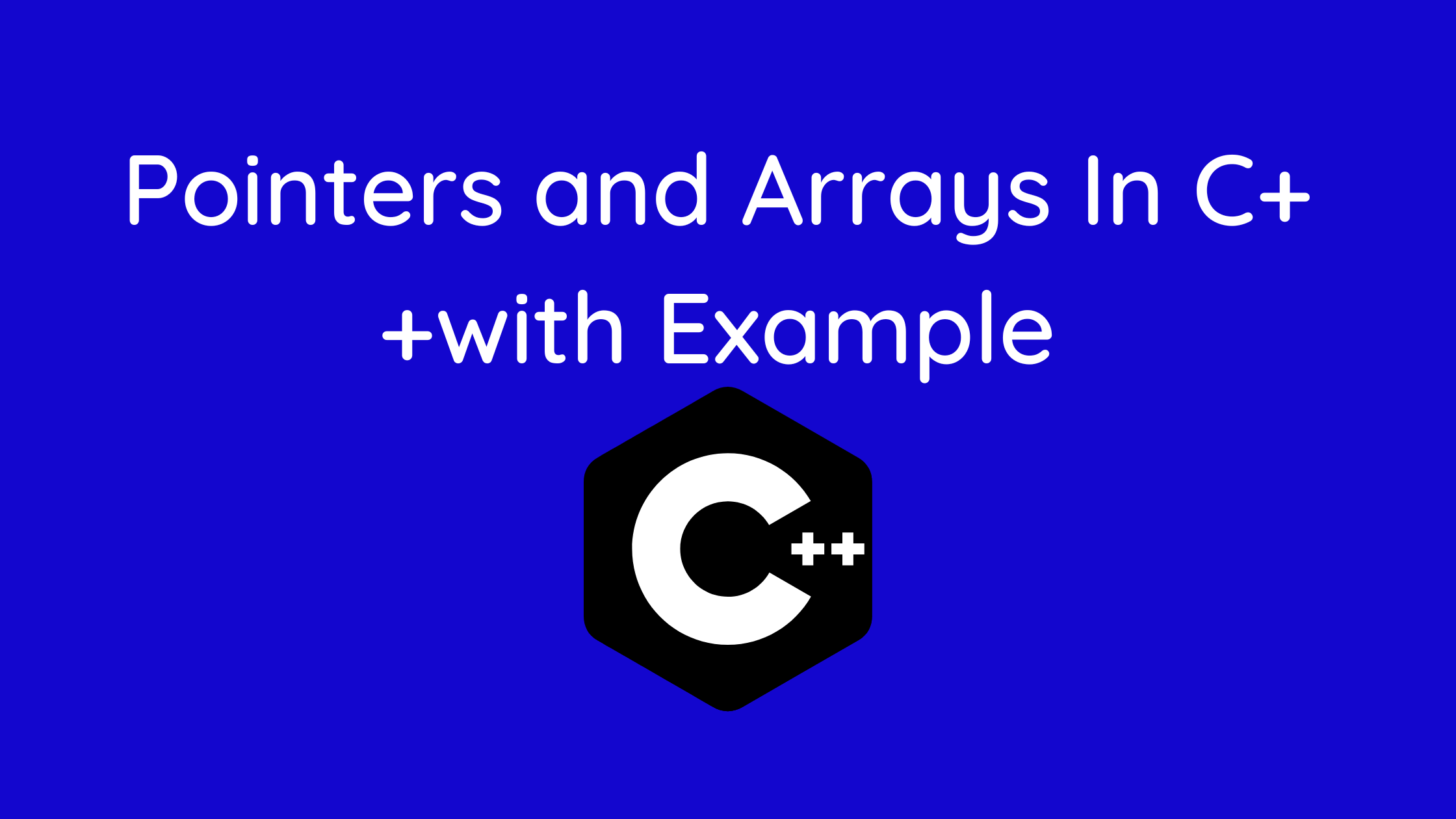 With the use of examples, we will learn in this course how arrays and pointers relate to one another.

Pointers and arrays have many similarities. In C++, an array’s name is regarded as a pointer, meaning it holds the address of each element. The array name is regarded by C++ as the first element’s address.

For instance, if we establish an array called marks that can hold 20 integer values, marks will include the address of the array’s first entry, or markings[0].

As a result, we can state that the array name (marks) is a pointer that contains the address of the array’s first member.

An array of pointers, then, is a representation of an array that contains the addresses of the elements that make up the array.

This array of the pointer will store the address of each element that is present in the array. The memory addresses of the array’s elements are stored in an array of pointers.

In the part that follows, we’ll go into greater depth about this. We will learn about the C++array of pointers.

When declaring an array of pointers in C++, we must first establish an array to hold the addresses of the other components, which refer to values for those addresses. We shall examine its grammar in order to better grasp how to use it while programming; see below;

If we want to create an array of pointers using the syntax above, we must first define the type of the array pointer;

Next, we define the name of our pointer, but always remember that in C++, a pointer is defined using the astrict symbol ‘*’; and finally

We define the size of the array, or how many elements it will contain. We shall practice some syntax for a better understanding; see below;

Think of this illustration:

In this case, arr is an int array and ptr is a pointer variable. The address of the first member of the array is stored in the variable ptr by the code ptr = arr.

You’ll see that we used arr rather than &arr[0]. This is so as they are both the same. As a result, the code above and the code below are identical.

Point to Each Element in the Array(pointers and arrays)

Let’s say we want to use the identical pointer ptr to point to the array’s fourth element.

In this case, ptr + 3 will point to the fourth element if it points to the first element in the previous example. For instance,

The single pointer can also be used to access the items. For instance,

Consider the case where we initialised ptr = &arr[2];

Without using the pointer variable ptr, we simply wrote the addresses of the array elements in the aforementioned application.

The majority of the time, array names become pointers. In plain English, array names are changed into pointers. We can use pointers to access array elements because of this.

But keep in mind that pointers and arrays are not the same things.

Array names occasionally do not degrade to pointers. Visit When does array name doesn’t decay into a pointer for more information.

Example 2: Array name used as a pointer(pointers and arrays)

The user-inputted numbers were initially stored in the array arr using the pointer notation.

This code is the same as the following code:

You’ll see that we’ve used the array name arr for the pointer notation rather than declaring a separate pointer variable.

As is already known, the array’s initial element is indicated by the name arr. As a result, we can consider arr to be acting like a pointer.

The values of arr were then shown using pointer notation using a for loop in a similar manner.

This code corresponds to

Operator Overloading In C++ with Example