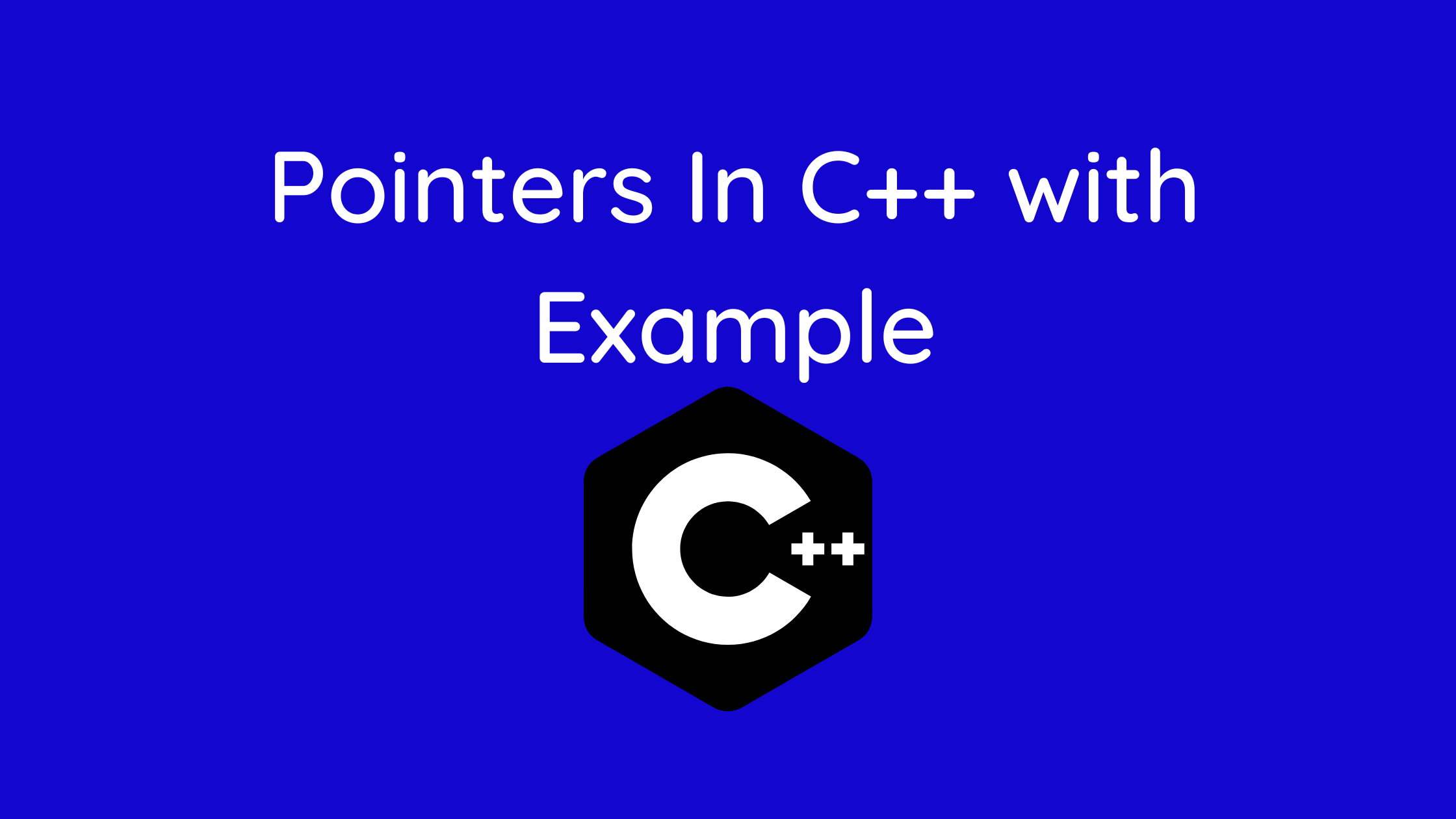 Through the use of examples, we will learn about pointers in C++ and how they operate in this tutorial.

Addresses are symbolically represented by pointers. They give programs the ability to generate and manipulate dynamic data structures in addition to simulating call-by-reference.

Learning C++ pointers is simple and enjoyable. Pointers make some C++ operations easier to complete while preventing others, like dynamic memory allocation, from being completed.

Pointers are variables in C++ that keep track of other variables’ memory addresses.

If we have a variable named var in our program, the command &var will provide its memory address. For instance,

Every variable is a memory location, and each memory location has a determined address that may be accessed using the ampersand (&) operator, which stands for a memory address. Take into account the following, which will print the defined variables’ addresses:

The hexadecimal form of the address is indicated by the initial 0x in this case.

This is due to the fact that an int variable in a 64-bit system has a size of 4 bytes.

Note: If you run the program, you might not obtain the same outcomes.

Pointers are used to hold addresses rather than values, as was already mentioned.

This is how pointers can be declared.

The following is another way that pointers can be declared.

Let’s look at another declaration of pointers example.

Here, a pointer named pointVar and a regular variable named p has been declared.

For the purpose of declaring pointers, the * operator is used after the data type.

Here’s how we can give pointers addresses:

The variable var in this case has the value 5. Additionally, the code pointVar = &var assigns the address of var to the pointVar pointer.

Utilizing Pointers, obtain the Value from the Address

The * operator is used to retrieve the value pointed to by a pointer. For instance:

The address of var is given to pointVar in the code above. To retrieve the value kept at that address, we used the *pointVar.

The dereference operator is the term used to describe the use of * with pointers. It uses a pointer as its primary mechanism and outputs the value indicated by the address saved in the pointer. In other words, *pointVar = var

Note that pointVar and *pointVar are entirely different in C++. We are unable to use the syntax *pointVar = &var;.

If pointVar points to var’s address, we can use *pointVar to modify var’s value.

We can modify the value of var by using *pointVar if pointVar points to the address of var.

Common errors made when using pointers In C++

Let’s say we want a pointer variable. Point to point to var’s address Then,

Pointers and Arrays In C++

Objects and functions In C++