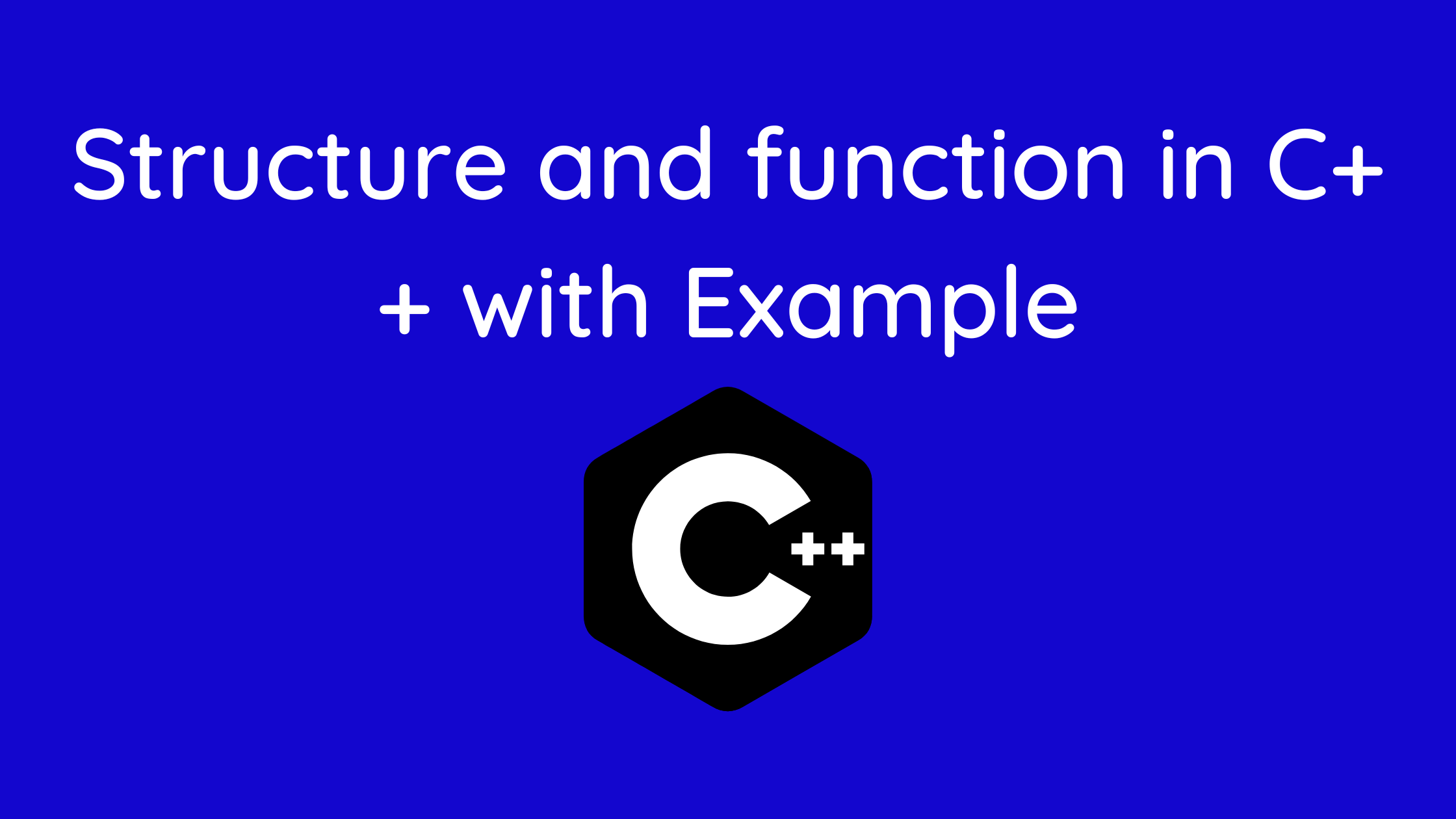 This article provides pertinent examples of how to use structures in programs by passing them as arguments to functions.

In C++, a struct is a sort of data structure that enables the creation of new primitive data types by combining many different types of existing C++ fundamental data types.

By merging existing primitives according to the needs of the application, we can create a new type of datatype. In C++, this is referred to as a structure.

The structure enables us to aggregate and combine various data kinds, much as arrays enable us to store the same type of data types.

Real-world things or data models can be easily mapped to C++ storage and processing thanks to the structure.

Similar to how regular arguments are supplied to a function and returned, structure variables can also be used.

Passing structure to function in C++

Like a normal argument, a structural variable can be supplied to a function. Think of this illustration:

Structure syntax in C++ is fairly simple to use and comprehend. It begins with the term “struct,” which is followed by the structure’s name. We can add numerous variables with various data types between curly brackets. The structure’s name can now be viewed as a new data type that is available for use. We shall see in the examples how to utilize structure, including how to access data or each member variable in structure, etc.

In this program’s main() function, the user is prompted for the name, age, and income of a Person.

Then, a function called using will receive the structural variable p.

One argument of type structure Person is supplied, and the return type of displayData() is void.

The members of structure p are then shown using this function.

This program’s output is identical to that of the program above.

Under the main() function, we have created two structural variables of type Person in this program: p and temp.

The getData() function receives the structural variable p and uses it to gather user input, which is subsequently saved in the temp variable.

Next, we give p the value of temp.

The information is then displayed using the displayData() function after the structure variable p has been given.

Note: for the majority of compilers and C++ versions, we don’t actually need to use the temp variable. Instead, we can just use the code shown below:

While and do…while loop with Example | C++ Programming