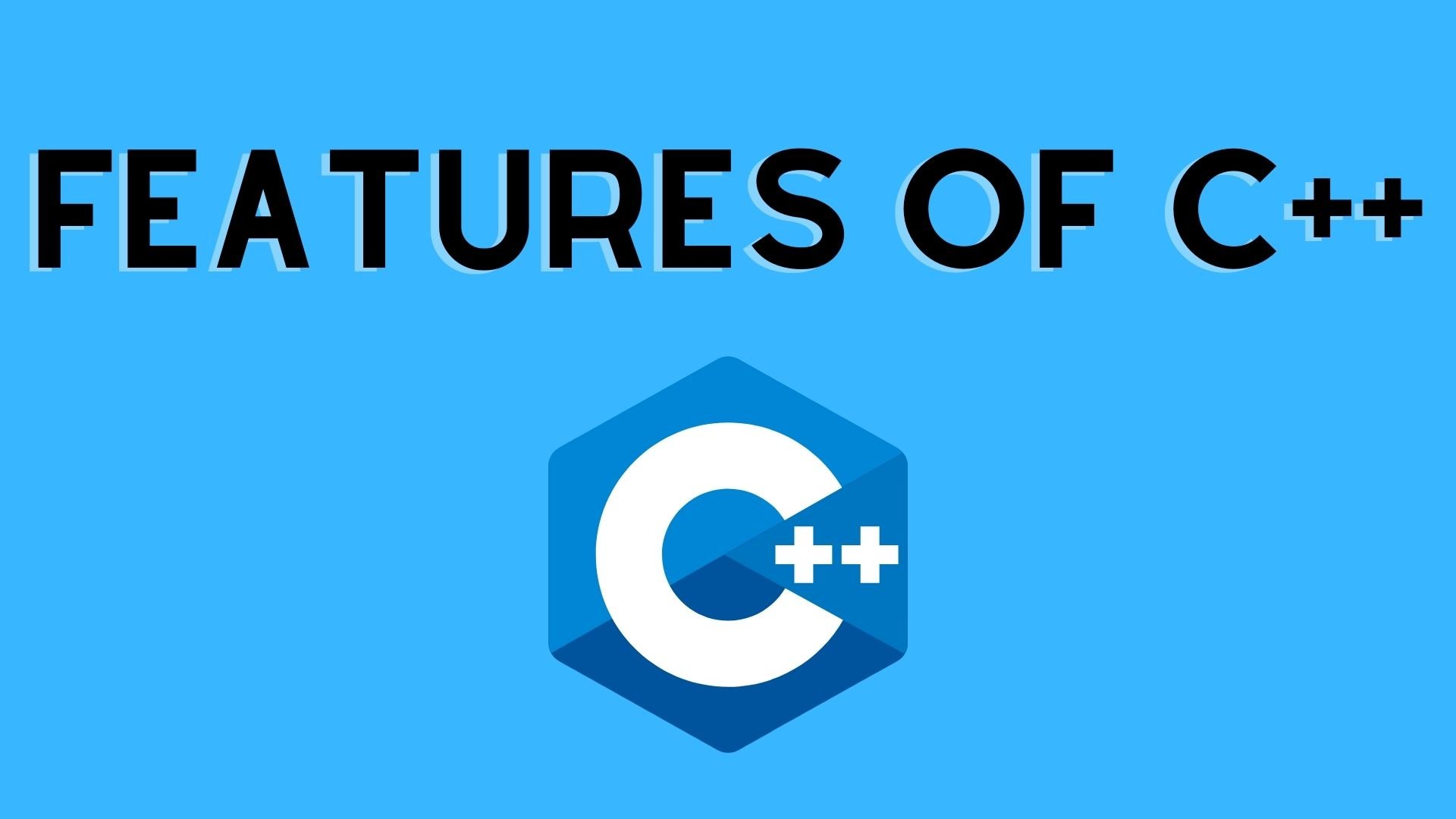 Here are some of the features of the C++ language:-

Unlike C, which is a procedural language, C++ is an object-oriented language. C++ has this as one of its most important features. When programming, it makes use of objects. These objects help in the implementation of real-time problems involving data abstraction, encapsulation, data hiding, and polymorphism. All five major concepts of object-oriented programming have been briefly explored.

The OOP concepts are:

Although C++ is platform-independent, compiled applications written for one operating system will not execute on another.
In other words, portability refers to the ability to use the same piece of code in different settings.
Let’s look at an example to better grasp this C++ feature. Let’s say you build a piece of code in Microsoft Windows to find an employee’s name, age, and salary, and then you decide to move to LINUX for some reason. This code will function in the same way that it did in Windows.

We expect to fully comprehend a new language when we first learn it. C++ appeals to programmers who are ready to learn a new programming language because of its straightforward context.
If you’re already comfortable with C, you won’t have any problems transitioning to C++. C++ has a syntax that is almost identical to that of C. After all, C++ stands for “C with Classes.”

After learning C, you’ll be able to use it to write in a variety of other popular programming languages that allow object-oriented programming. Bjarne Stroustrup chose to create C++ after discovering Simula 67, the first object-oriented language, lacked simulations.

The capital and lowercase characters are treated differently in the C++ programming language, just as they are in C. The meaning of the keyword ‘cout’, for example, differs depending on whether it is written as ‘Cout’ or “COUT.” Other programming languages, such as HTML and MySQL, do not care about cases.

Because C++ allows us to use pointers, we can dynamically allocate memory. When working with classes and objects in C++, we can even employ constructors and destructors.

The C++ programming language comes with a built-in library of functions that make life easier for programmers. By providing the appropriate header files, these functions can be accessible.

features of c plus plus,

We hope that this article will assist you in understanding all about the features of c++. We have concentrated on making a basic, meaningful, and easy-to-learn guide to the concepts. Still, if you have any problems regarding this, please post them in the comment section, we will be glad to assist you.

While and do…while loop with Example | C++ Programming